So, I've published a novella. End of one long proccess, start of another. The Wisp is several ideas bundled together, and I've tried to present them in ways I haven't really seen done before.

There are stoires with Von Nuemann probes, and clones, and AI, and megastructures. But, I hope, none quite like this one.

Also everyone in it is queer 'cos I say so. Whether plot-relevant or not, I want more representation in science fiction, and so I'm glad to contribute to the existing body of work involving queer people having adventrues that do not revolve around them being queer. There's more than enough coming-out stories, and dealing-with-hate stories. I want more spaceships with queer capatins and a crew of weird but badass people. I blame Mass Effect for my crippling addiction to this subject matter.

It probably goes without saying, but I'd really appreciate support. I'm just starting out, and getting a few reads and reviews can really plant some future seeds.

To that end, here is the first chapter, free to read.

At first, there was nothing. Then, suddenly:

A square, white against a black background.

A circle, red against a blue background.

A triangle, yellow on orange.

A pentagon, purple on silver.

A tetrahedron, its vertices radiantly electric green against an image of a mountain top.

The voice was familiar. She’d never heard it before.

The voice hurt. Everything hurt. Something on the back of her neck hissed, and the pain turned off. Finally, she could think.

“What-” was all she managed. It was less of a question, more a statement of general uncertainty.

She tried. Focussing took effort, conscious effort. The light flickered, blurred, faded. She could see. She was lying on a bed in a medical bay, lights glowing overhead, unknown machinery humming around her.

A face looked down at her, older, slightly wrinkled. Grey hair cut just below the ears, framing a still-handsome face. She knew them.

“Genff. Where am I?” She was pleased, distantly, that she had managed a full sentence.

She mustered the best glare she could manage. She thought she might have squinted her eyes.

“Short it is! Welcome, my dear Doctor Lucien, to the Lux 14, state-of-the-art science research ship. You were selected as team leader for this mission, whose imminent beginning you have been decanted for.”

She closed her eyes. Thinking was hard, foggy, like being drunk and high all at once, but her mind was clearing, memories were returning, and-

She stopped. The memories weren’t returning. They were arriving.

She knew who, and where she was.

Her eyes snapped open, and her breathing quickened.

She had enough time to reach out a trembling hand to grab Genff’s arm before they were already injecting her with something.

“There we are. You remember the long version, yeah? Shock for me too, and I had to do it alone. But that’s why I am here! Why I am me! Psychologically resistant, they say. Ha! Still feels like a kick to the balls, yes?” said Genff happily.

She was calmer. The sedative put everything at a distance. Carefully, she examined the new memory.

2178. The Solar System, sufficiently explored and colonised, is no longer the frontier it once was. The next frontier, other stars and planets, remain decades of travel away. The Lux project is put forward.

Colonisation first requires exploration. But space is vast, and the resources to build a fleet capable of exploring even the nearest stars would bankrupt humankind. Von Neumann probes, replicating and spreading, can survey ever-increasing numbers of far and distant stars. Yet, automated probes can only do so much. Human minds, human intellect must be sent.

The Lux project had a devastatingly simple solution. Copy humans as well. Pick a team of humanity’s finest, and take DNA samples and mindstates. The first and only human-built Lux would arrive at Proxima Centauri ten years after its launch. It would harvest local resources, and build two new ships, the Lux 2, and the Lux 3. Pending any new orders from Earth, these two ships would launch towards the next two nearest stars. Left behind, the Lux 1 would make a decision. Did its advanced AI mind think the system worth colonising or researching? If not, it would transform into an automated station, functioning as a relay for interstellar messages, and a potential staging point for any far-future travellers. But if it did just the system worthy, it would clone its crew, and implant the memories of their original selves. Chosen for their ability to deal with their new existence as much as their expertise, the crew of the Lux would dutifully survey their new home, and begin using the manufacturing facilities on the Lux to build.

“Well that’s good, Doctor Lucien. I do have more happy juice though, if you feel raw horror of existence clamping down again.”

She looked Genff in the eyes, wondering at the older face.

“Ah, I am older because I was decanted longer ago, and have slept for much of that time.”

Lucy stared. The clones, her, should have been grown to approximately 25 years of age. Physical maturity, but with decades of experience. Glancing down, she was glad to see her specifications were met. She had no desire to go through that again on the edge of known space.

“Why did it wake-ah, decant you? And why did you decant me? Shouldn’t you be waking the whole crew?”

“Special news time! Ship gets special instructions, needs human confirmation. Makes me. I answer, but alas, cannot go back to not-being. So, medical coma while ship keeps me healthy. Twenty-five years later, I wake with new hair colour, and cook up a good friend to talk to!”

“News? What news was so important the Lux had to make you? And you still haven’t told me why I am awake before the others.”

“Short version, yes? Lux 4 and Lux 7 find intelligent life. Neither as advanced as us, but still! Establish good diplomatic relations. First contact! Very exciting, but all old news now. Lux 8, Lux 11, and Lux 12 find something else. Same something else. Ruins of species more advanced than us, in separate star systems! Same race! Many decades of study, translating, digging and exploring, very exciting too. Crew of Lux 12 find something very, very interesting. Data fragments, star-maps. A name. “The Wisp”, it says, and gives directions. The race did not make it, they found it. Older, more advanced than them. And only 18 light-years from the Lux 14! We are sent course change, ship makes me to confirm. I do. In six months, we arrive. That is short version.”

“Yes! Long version is why you were woken six months before others!”

Genff gestures, and a display flickers into life before Lucy. A quick glance, and her eyes widened.

“Yes! Even I have not read them. But you are team leader, I am just lowly ship’s assistant. You must know all, before rest of crew awakes.”

Lucy felt dizzy. Though not just at the onslaught of new information. 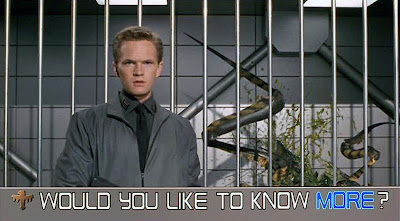