Most people live in the squishy goo inside their skull, supported and sustained by the wet meat wrapped around their bones, powered by the twitching viscera pulsing inside their ribcage.

Not you. You’re a happy, proud osteo-individual. A neat and clean bone person. A skeleton. With just one problem.

You’re still inside a body.

In any case, here you are, wrapped in a skin suit that thankfully doesn’t seem to be able to think for itself, wondering what necro-god you upset for this to be your unlife, and trying to fit in. That said, this flesh stuff definitely has its uses, and you’re damn well going to make some lemonade.

You are a Secret Skeleton, and you hope no one notices. 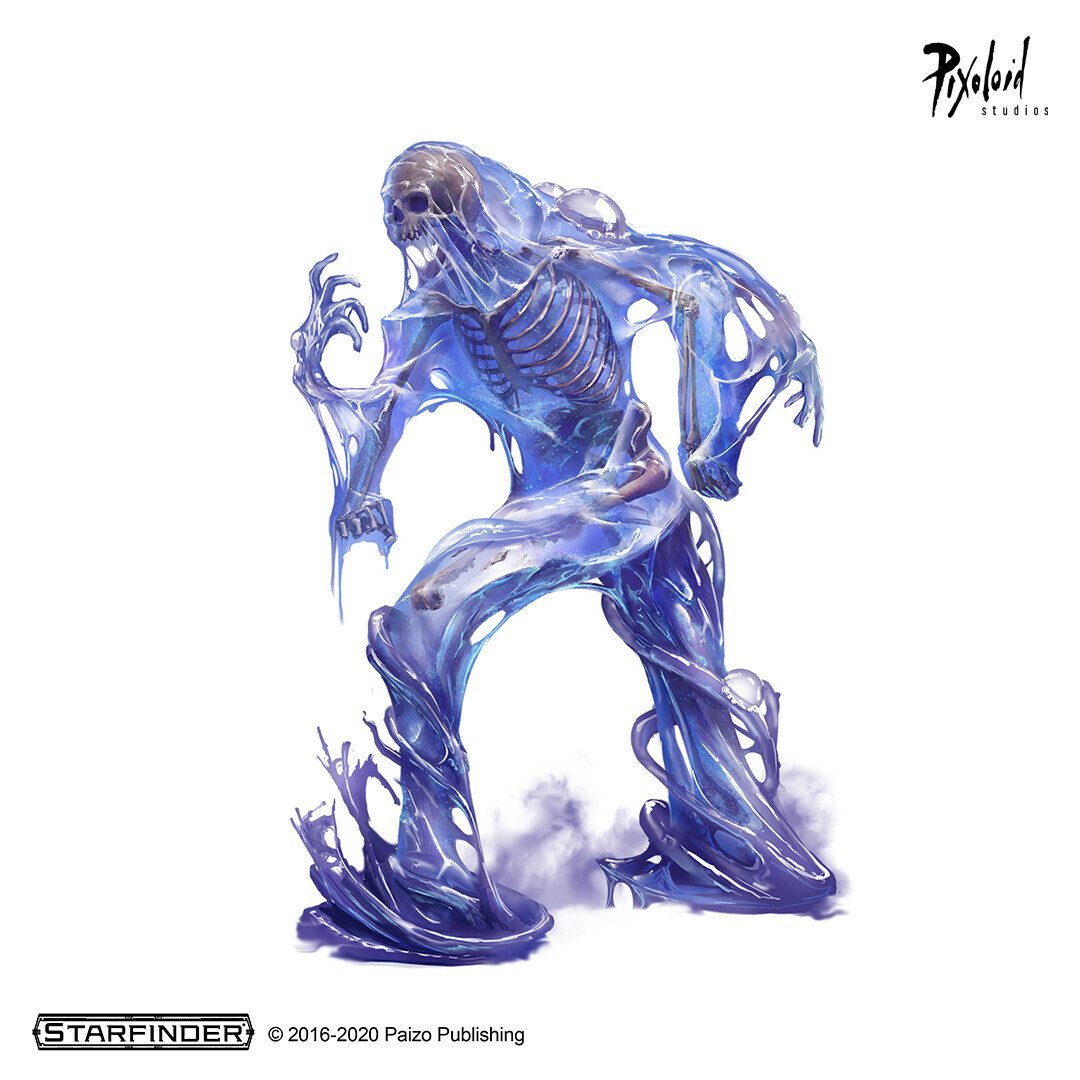 Peeling open specific parts of your skin suit lets you slip bony appendages out, and as we all know, bone is better than flesh at everything. Just don’t let anyone see you. Only one Bone Trick can be in use at a time.

You gain +1 Bone Tricks every time you take a level in Secret Skeleton. Roll d8, or choose.

A: Meat and Bone, That Was Close

Although you are technically only the bones that make up your body, the skin suit is vital to your continued lifestyle choices. It needs to eat, rest, and heal in the same ways others fleshy things do. As a benefit, it does shield you from Detect Undead and Turn Undead spells, and registers as neutral for most busy-body ways of detecting evil, sin, or unpaid taxes.

Your skin suit is not you. Damage it takes slows you down, and certainly looks realistic, applying all relevant effects as normal, but things that should kill you don’t. Once a day you can ignore what should be fatal damage, as long as you can explain it away somehow. This includes yelling “You got me!”, falling to the ground, and just getting up later claiming it wasn’t that bad.

Take care though, if your skin suit is too damaged to be plausibly still living, you will have to abandon it, becoming just another skeleton and retiring forever from adventuring life.

You can talk to other skeletons. Most of them aren’t very interesting, and the ones inside living beings seem to be half asleep. The only things they know are what they’ve recently experienced, like movement and damage. You might be able to convince them to do something minor, like drop an item, but only once per skeleton. Template-in-10 chance of this working.

You’ve figured out how to dramatically burst out of a part of your skin suit without damaging it. Well, mostly without damaging it. For the low cost of 1 HP, you can pop your face open briefly, giving a hell of a shock to whoever you’re looking at. They must Save or take 1HP damage, and regardless will probably be very unnerved. Stab them, steal their wallet, ask that burning question; whatever your next act against them that requires a dice roll, add 2 to the roll. 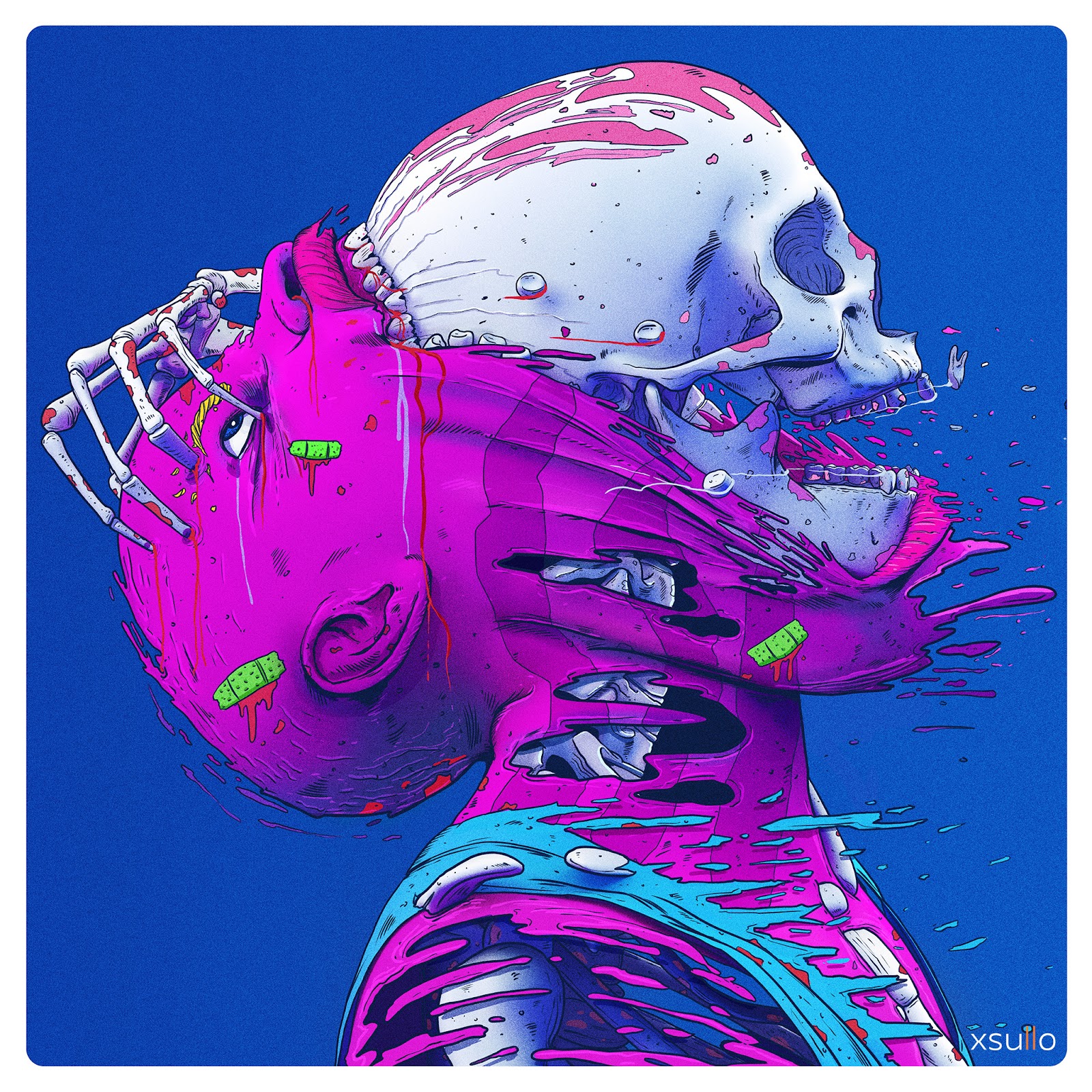 At long last you’ve learnt how to neatly slip out of your skin suit. It takes a few minutes to do and undo, but once done, your skin suit can be folded up and tucked away. It still needs to breathe though, so remember air holes. As a super sneaky secret skeleton, you can move silently, hide in very small and thin spaces, use all your Bone Tricks at once, and even fake being dead in an emergency. Also, anyone who sees you commit a crime won’t associate it with your skin suit, provided you can hop back in without being caught. The process is a bit stressful for your skin suit though, so it takes 1HP damage every hour you’re out and about, minimum of 1.